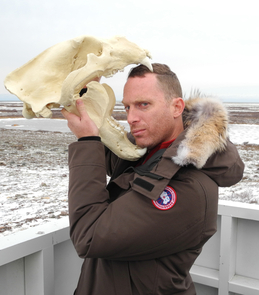 Robin Esrock, former travel columnist for the Globe & Mail and Vancouver Sun, is on a mission:  journey across Canada to explore what locals, and visitors, simply must experience before they die.

A veteran of 106 countries, Esrock knows a thing or two about bucket lists. He is thecreator and co-host of “Word Travels”, one of Canada’s most successful travel TV series. ever. Nominated for a “Best Documentary Series” Gemini Award, the show was filmed in 36 countries and the long running series is seen in over 100 countries and 18 languages on Travel Channel, along with National Geographic (Asia, Oceania, Middle East), CityTV, FX, OLN (Canada) and OutsideTV and Halogen in the USA.

On the heels of his round-the-world adventures, Esrock is now turning his pen, camera,
and attention to his adopted home of Canada. Thomas Allen & Son, publishers of
quality iconic books for over 90 years, will release Robin’s new book, the “Great
Canadian Bucket List”, in fall 2013.

As Esrock visits Canada’s 10 provinces and 3 territories, he’ll be gathering his
experience in words, video, photographs and social media. Along the way he’ll be
polling celebrities, media personalities and prominent Canadians to build a list that will
endure for decades. Sponsors like Nikon, MEC and Canada Goose are already on board,
and the project has the support of provincial tourism boards across the country.

“Robin’s unique background and enthusiasm make him the perfect guy for this project,”
says Gloria Loree, Executive Director of the Canadian Tourism Commission. “A book like this will certainly increase the buzz for Canadian travel –both here, and abroad.”