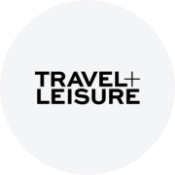 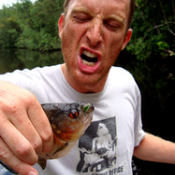 "He's done everything, he's been everywhere." 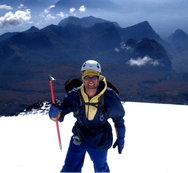 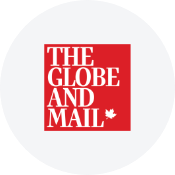 "One of Canada's top travel writers, and definitely one of our biggest personalities."

The Globe and Mail 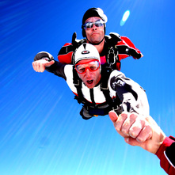 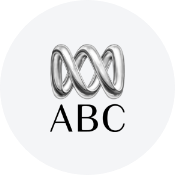 "One of the world's best-known travel writers." 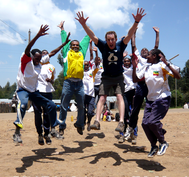 ​It Starts With an Accident...

Robin could look back on several careers before stumbling upon this exciting new one. He rode the new media boom in the late 1990′s, working in London for the Sunday Times, BBC, Reuters and FilmFour. Immigrating to Canada, he founded a Vancouver record label before working for a music agency with clients including Coldplay, Norah Jones and Bryan Adams. Once he discovered travel writing, his own star took the spotlight.
Robin’s stories have now been published in over a dozen major publications worldwide, including National Geographic Traveler, The Guardian, Chicago Tribune, Sydney Morning Herald, Toronto Star, Readers Digest, and the South China Morning Post.  He has been featured on 60 Minutes, CNN, The Wall Street Journal, Forbes Travel, MSNBC, Travel+Leisure, Huffington Post, ABC, the CBC, CTV, Global, Breakfast Television, Channel Nine and many others, consulting regularly as a travel expert. Robin has also written regular columns for The Globe and Mail, Vancouver Sun, MSN, Outpost, Matador, and Pakistani fashion magazine She (because, why not?)  He currently writes a column called Bucket Listed for Canadian Geographic.
Noticing the fascination and misconceptions surrounding the profession of travel writing, Robin conceived what became the first TV series to show the truth behind the byline. Word Travels  took Robin and co-host Julia Dimon to 36 countries on 6 continents, filming 40 action-packed half hour episodes. In addition to hosting, Robin developed, wrote, and co-produced the show. Nominated for a Best Documentary Series Leo Award, the show aired on National Geographic and Travel Channel International in over 100 countries and 21 languages. In Canada, it was a popular fixture on OLN, FX, and CityTV, also airing on TVB in China, and PBS, Outside TV, Hulu, and Amazon Prime Video in the USA.  Robin also created an award-winning culinary TV series called Get Stuffed, seen on National Geographic and OLN.
Robin has produced numerous award-winning multimedia projects, and worked with brands including Ford Motors, Intercontinental Holiday Inn, Keen Footwear, Bell, Sony and many others.  He was honoured as Master of Ceremonies at the prestigious Explorer’s Club Annual Dinner at the Waldorf Hotel in New York City, sharing the stage with the likes of Buzz Aldrin and Ken Burns. Robin also spoke about the lessons of travel in his TEDx talk which has over one million views.  Robin was named as one of Gear Junkies Outdoor Ambassadors, a list of adventurers, inventors and athletes from the past 110 years that includes Ernest Shackleton, Eddie Bauer, Robert Baden-Powell and Steve Irwin.
Robin's first book - The Great Canadian Bucket List: One-of-a-Kind Travel Experiences - garnered critical acclaim and extensive media coverage. It fast became a smash 20x national bestseller, topping Amazon's Travel, History, and Guidebook categories for years.  He is also the bestselling author of The Great Global Bucket List (HarperCollins), The Great Australian Bucket List (Affirm Press) and 75 Must See Places to Take the Kids (before they don't want to go).   Robin has has served as the Executive Director of the Greater Vancouver Media Association, Vice President of the Travel Media Association of Canada (BC Chapter), and he is a Fellow of The Royal Canadian Geographic Society.
Scuba diving in Papua New Guinea, racing Lamborghinis in Italy, volcano boarding in Nicaragua – it’s all in a day’s work. Having visited over 115 countries on 7 continents, Robin continues to write, blog, share, talk about and film his ongoing adventures. He lives in Vancouver with his wife and two children.

Robin's entry in the ultimate encyclopedia